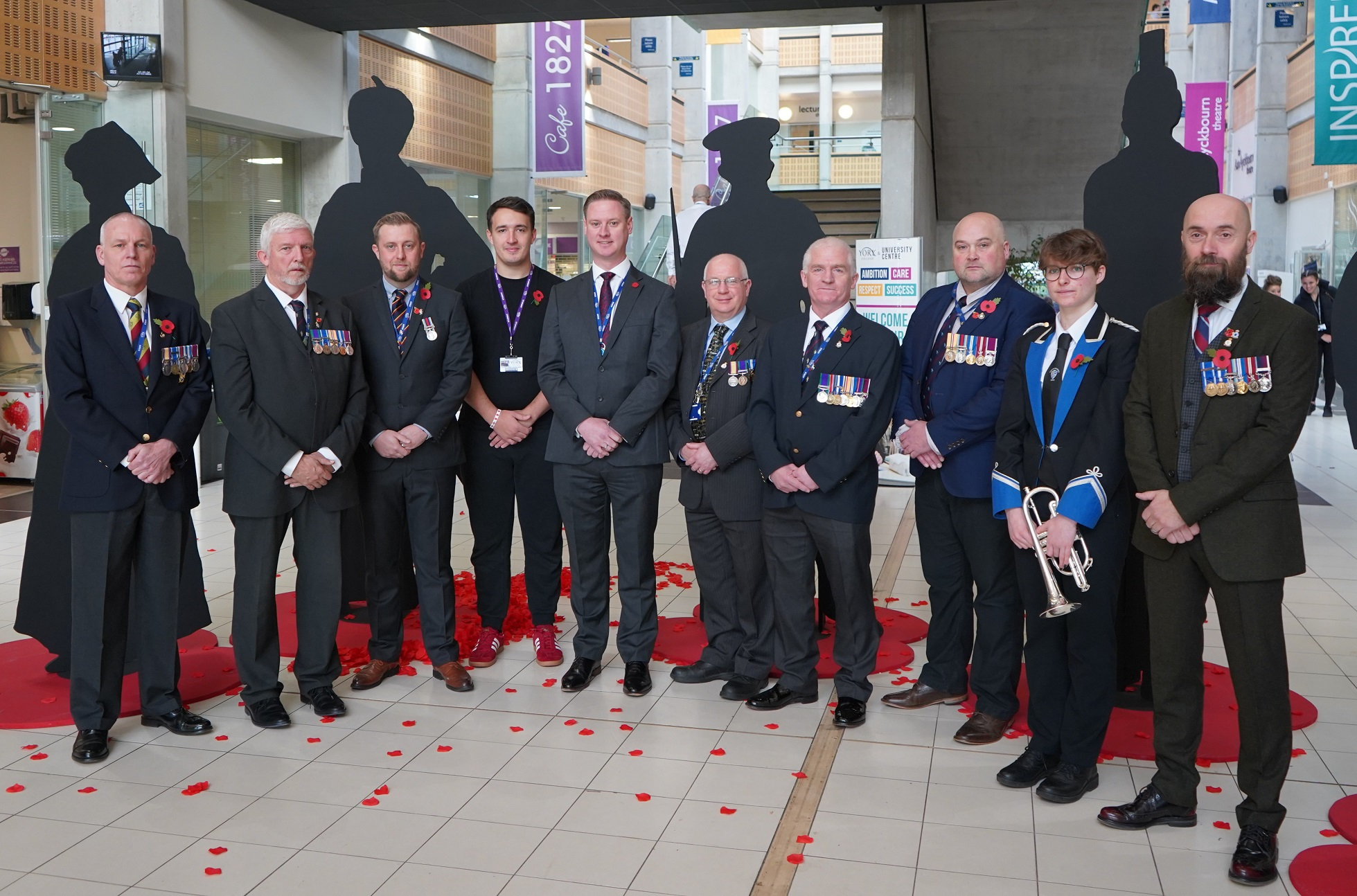 Military veterans joined students and staff at York College to mark Remembrance Day with a moving ceremony on Thursday.

A Level Student Emerson Hampshire performed The Last Post on the bugle, before the traditional two-minute silence, while a shower of poppy petals fell on those gathered in the College’s atrium.

Earlier, the College’s Head of Curriculum for Foundation English and Maths, and former member of The Corps of Royal Electrical and Mechanical Engineers, Graham Baker, laid a wreath at the Remembrance display. The reading was conducted by student Liam Wilks.

The veterans who attended the ceremony included members of Royal Air Force and The Corps of Royal Engineers.