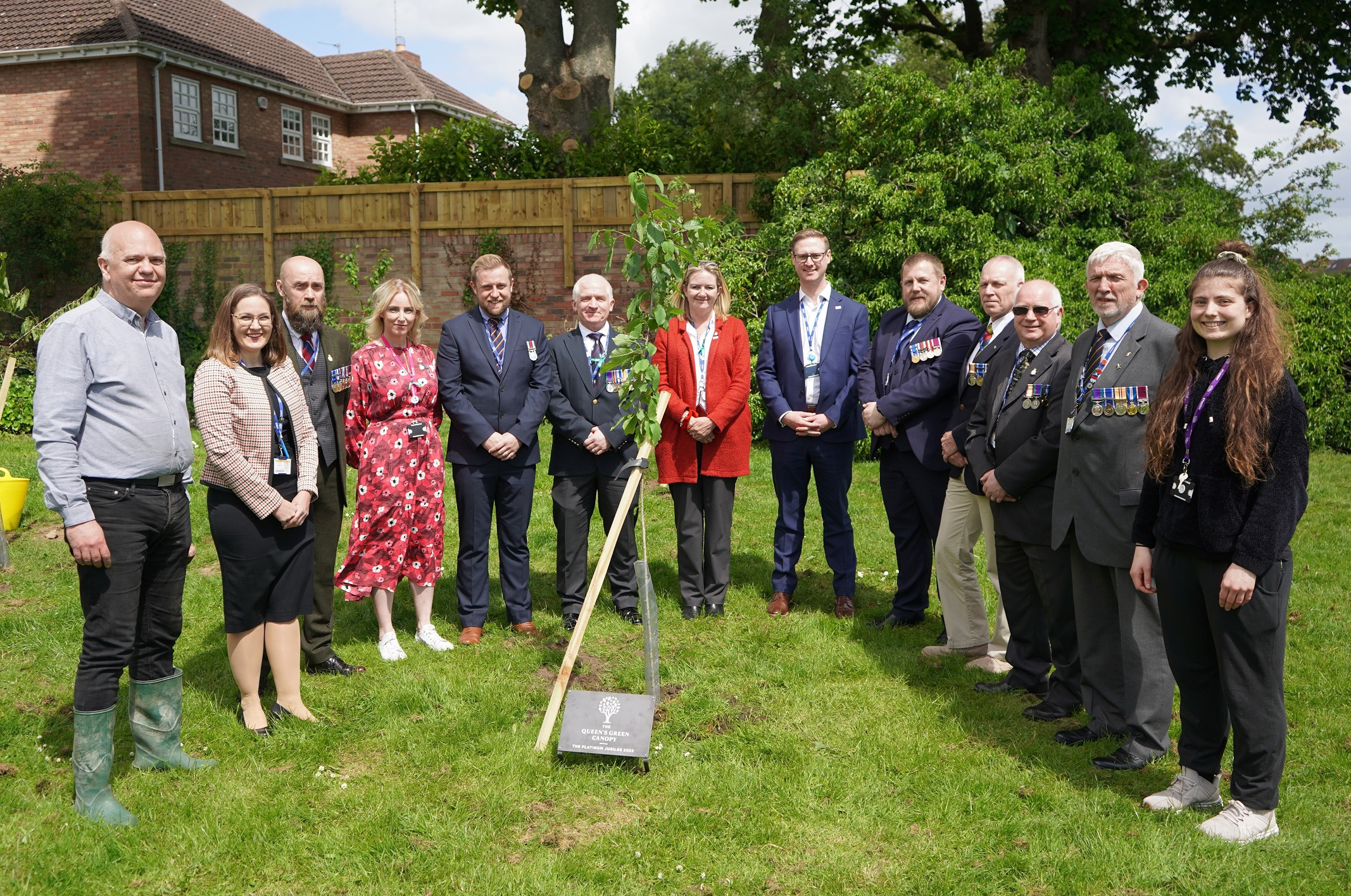 A GROVE of native British tree saplings has been planted in the grounds of York College as part of the countrywide Queen’s Green Canopy initiative.

The Jubilee Grove was opened on Friday (27/05) by College staff and students and is intended to grow into a place of ‘remembrance and contemplation’ for use by everyone at the Sim Balk Lane campus.

Mike Saunders, the College’s Head of Quality of Education, and the person leading the Jubilee Grove project, said: “We’re planting these saplings today not only to celebrate the Queen’s Platinum Jubilee but also to create something which will develop, over the years, into a place for staff and students to quietly remember those they miss.

“At the centre of the Grove is a plaque created by the Royal British Legion, marking the planting. We have around 30 trees altogether to be planted around the site but the majority, comprising rowan, cherry and hornbeam, have been planted here in the grove.

“This particular project is part of a wider initiative we’re calling Greening York College, and you can expect to see lots more planting, rewilding and growing over the coming weeks and months.”

The opening was marked in a ceremony attended by staff, students and the College’s own military veterans. Speaking at the event, York College Chief Executive and Principal, Lee Probert said it was always a privilege to welcome the veterans.

He added: “With the Queen as head of our armed forces, it’s great that they are here to represent that link.”

Royal Air Force veteran and Engineering Apprenticeship Assessor, Mark Moncaster, said: “The Grove is a gesture of thanks to all the people who served and all the people who are still serving. It’s really nice to be here at the start.

Former member of The Corps of Royal Electrical and Mechanical Engineers, and Head of Foundation English and Maths, Graham Baker, added: “The college has once again shown its outstanding support for the veteran community amongst the staff body by inviting us to be part of the planting of the first trees in the Jubilee Grove, as part of the college rewilding plans.”

“This gave a poignant moment for veterans to reflect on those that have gone before, but also to signify the bright future that lies ahead for students at York College.”

The ceremony opened with student Celeste Finocchi, who read the poem The Alouatta by Nina Churchill, which deals with the devastating effect of forest fires. The reading linked the planting of the trees to the destruction of rain forests, placing the College’s initiative into a global context.