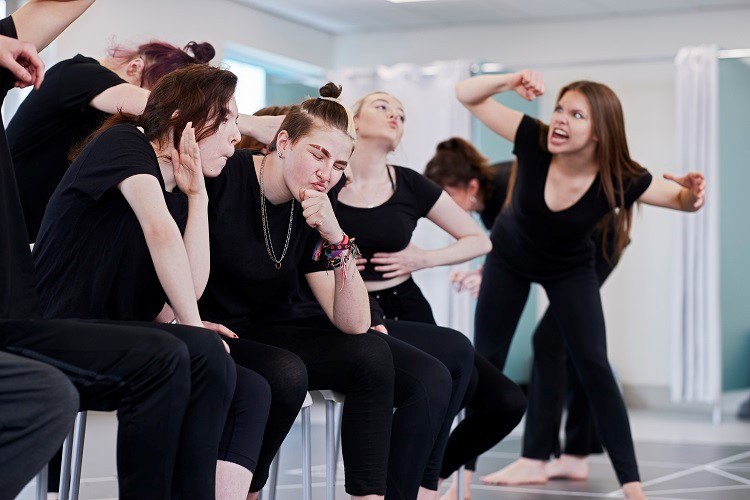 The Performance and Production division at York College is excited to launch a brand new degree course; BA (Hons) Acting for Stage and Screen (ALRA Endorsed), with applications being taken for a September 2021 intake.

The intensive two year degree course aims to prepare students for careers as actors working in the theatre and film industries, and will create greater accessibility for students who may struggle to meet the costs of traditional drama school training.

The course will be run in close partnership with ALRA (Academy of Live and Recorded Arts), who bring an international reputation for excellence in Higher Education drama training. The conservatoire-style training, with major industry involvement, will ensure students have unprecedented access to expertise and career building networking opportunities.

Students will benefit from the expertise of ALRA staff alongside experienced tutors at York College, and they will take part in placements within industry, regular professional workshops and masterclasses as well as appearing in major public performances and screenings of their work. From the very first week of their training students will learn screen acting techniques drawing on ALRA’s expertise as the first drama school to have offered screen acting training in the UK. Alongside this they will develop their skills in acting technique, vocal performance, movement, physical theatre, characterisation, text analysis, rehearsal technique, dramatic combat, presenting, classical performance, audition technique and professional preparation, students will also gain skills in research, and an appreciation of reflective practice, critical and creative thinking.

Programme Leader James Harvey says: “Budding actors wanting to work professionally in theatre, film and television will benefit from this highly practical course. With small classes and 26 hours of contact time each week, the course will deliver a unique experience for those who are serious about a career on stage and screen.”

ALRA’s Vice Principal for Curriculum, Kieran Sheehan says: “We are delighted to be collaborating with York College, recognising the forward-thinking attitude of the institution. We are excited to have the opportunity, alongside York College, to develop an acting hub in Yorkshire, to bring the local, national and international industries together and develop a creative and relevant curriculum.”

To support learning and to promote the new degree, James Harvey has introduced the Acting for Stage and Screen Podcast in which he interviews successful performers, directors, playwrights and other industry figures about their careers and artistic approaches. Some standout interviews so far have included Olivier Award nominated West End actor Gavin Spokes (most recently seen playing King George III in the global mega hit ‘Hamilton’) and York College’s former Acting student Mhairi Calvey who began her film career playing Young Murran in the iconic Oscar winner ‘Braveheart’. Many more exciting guests are lined up including key players in the UK theatre world and an Oscar winning film producer. The podcast is available on Spotify, Apple Podcasts, Anchor and many more. James feels that The Acting for Stage and Screen Podcast “contains invaluable advice for students about how to build a career in the stage and screen industries alongside revealing insights into the career highlights and creative methods of the fascinating guests.”

Applications are now open for the September 2021 intake of BA (Hons) Acting for Stage and Screen (ALRA endorsed).