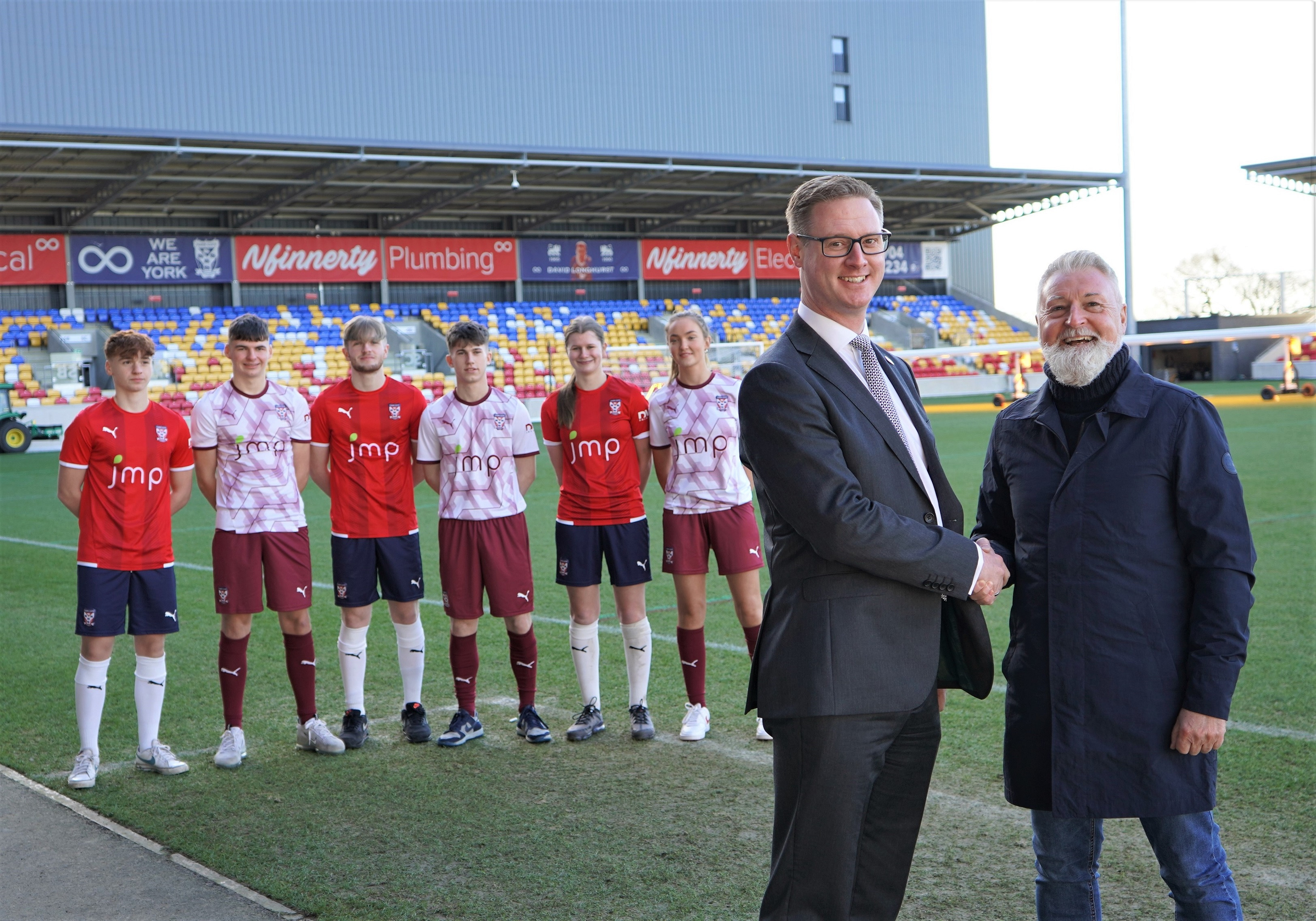 ASPIRING footballers at York College will benefit from the expertise of York City FC coaching staff thanks to an extensive new partnership between the two institutions.

He said: “York College has a diverse and talented range of future sporting heroes. We want to ensure that both their sporting talents and academic abilities are developed in tandem, securing the best possible future opportunities for them.

“This partnership with York City and York College combines that commitment to the holistic development of young people.”

Joining the scholarship programme means players will become part of Tim Ryan’s York City Youth Team whilst studying a Level 3 Diploma in Sports Coaching and Development at the college.

Those players joining the York College Football Programme will have a choice of courses whilst still being coached by a combination of professional football club staff.

York City Chairman, Jason McGill said: “Having a son who has gone through the process of trying to play professionally whilst also gaining an education, I’m well aware of the difficulties that brings.

“From a parent’s perspective, this opportunity means that you’re not in the position of having to choose between pursuing a football career or an education because both run in tandem in this programme, so it’s a win-win for the parents and the players.”

Dan Wilson, York City FC Head of Youth, added: “Our longstanding relationship with York College means we have an understanding of the high-calibre people there, both students and staff, and the close alignment of both organisations’ values.

“The football club has been looking for some time for a way to expand our post-16 programme whilst staying true to our holistic development vision. With the expansion of our partnership with York College we can now offer our programme to both male and female students, whilst opening up numerous academic avenues to players in the years to come.”

York College is looking to build on a successful sporting start to 2022. The College Men’s 1st team is in the last-16 of England College Football Association (ECFA) cup.

Meanwhile two of its sports students have been selected for the England Colleges’ squad for the 2021-22 season and have already represented their country in fixtures at St George’s Park.

Trials for the programme will be run in February half-term (Tuesday 22nd/Wednesday 23rd/Friday 25th) with women’s trials taking place in the mornings and men’s in the afternoons.

For more information and to book a place on the trials please click here.