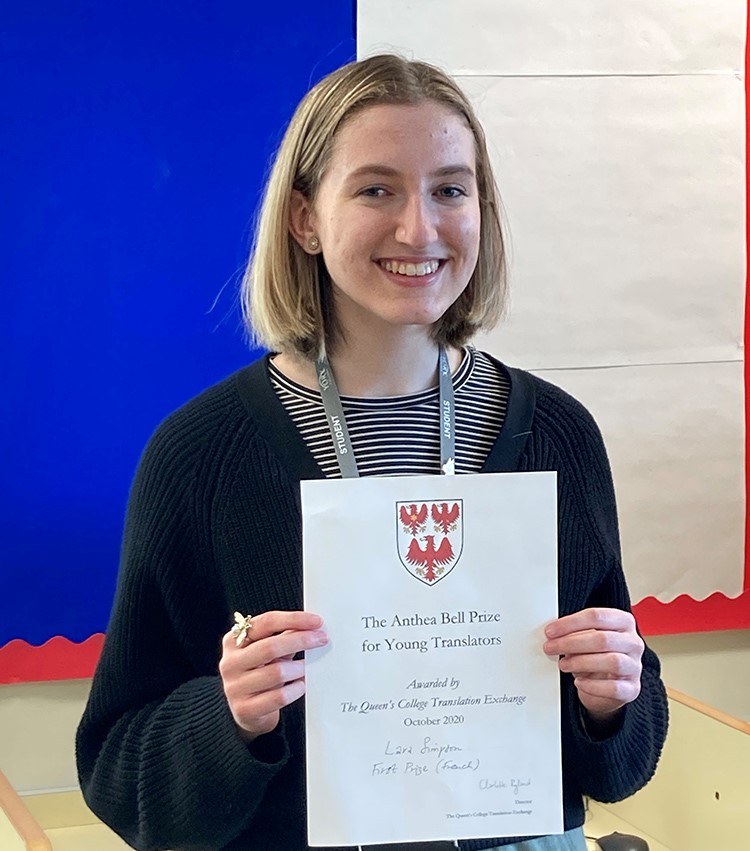 The national competition, inspired by the life and work of the great translator Anthea Bell, ran over the Summer to promote language learning across the UK, for language learners in Years 10 -13.

Lara’s winning translation of an extract from Camus’s novel La Peste (The Plague) was judged to be the best of the 295 entries received, and she was awarded book prizes for her efforts. Lara says: “I decided to enter the competition because I was familiar with Albert Camus, as I am studying his novel L'Étranger for my French individual research project, and I was also interested in La Peste due to its striking relevance this year, although I didn't expect to receive any prize! Some aspects were difficult, such as figuring out the best way to put certain sentences in English so that they didn't sound awkward, but overall, I enjoyed translating the passage.”

Lara is studying A Levels in French, English Language & Literature and Modern History, and hopes to progress to university to study a degree in English, with aspirations to become a writer.

Her A Level French tutor, Judith Lawson, is delighted that Lara’s translation came out top: “I was so pleased when Lara won first prize – she did very well against competition from students from a lot of other schools and colleges. She’s an excellent student and her translation was clear and fluent, really capturing the meaning and tone of the original text. We’re very proud of her.”