Your browser is unsupported and may have security vulnerabilities! Upgrade to a newer browser to experience this site in all it's glory.
Skip to main content
Back to course search
Course Comparer 0
Course Comparer 0
University Centre

The BA (Hons) Acting for Stage and Screen is an intensive training course. Students will take classes in both stage and screen acting throughout the two years alongside specialist classes in a wide range of voice, movement, rehearsal, performance and employment skills. Students will have regular contact with visiting professionals including numerous workshops with our partners at York Theatre Royal and Screen Yorkshire. Students will have regular contact with the in-house tutors, alongside workshops led by industry professionals.

Students will take part in work placement blocks within the industry and will appear in several public performances. The course is accelerated over two years in order to provide maximum value for money and an early entry point into the profession. 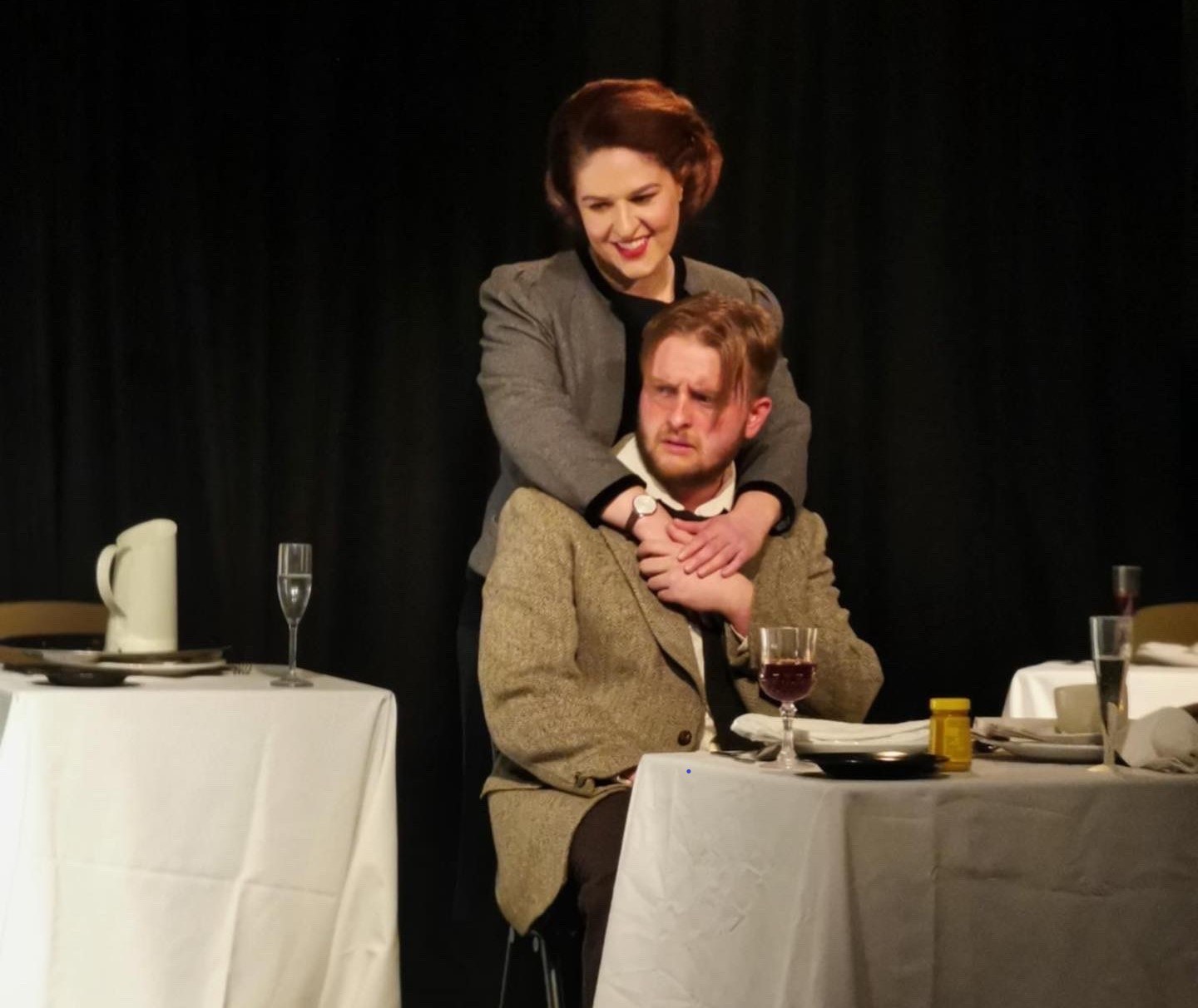 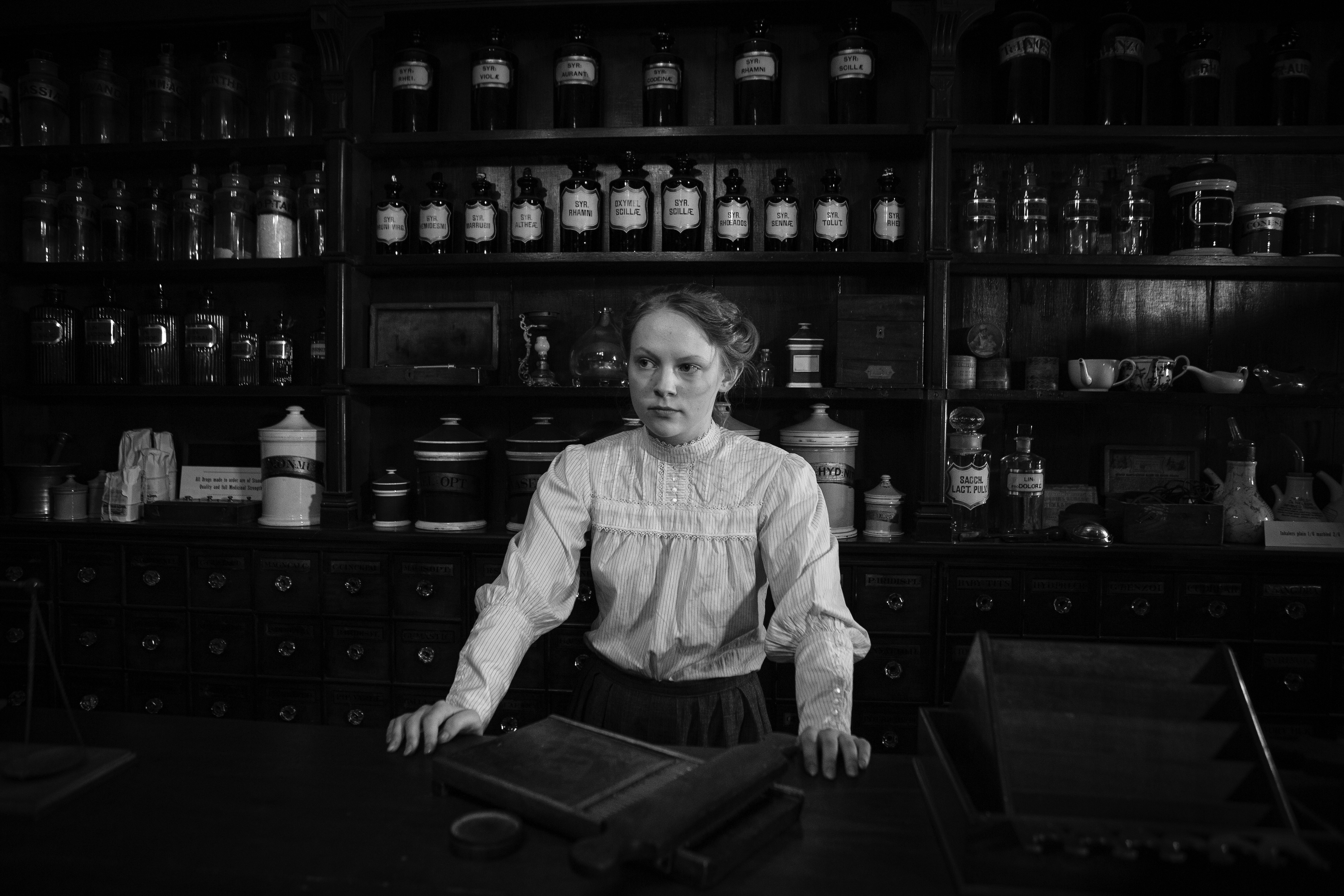 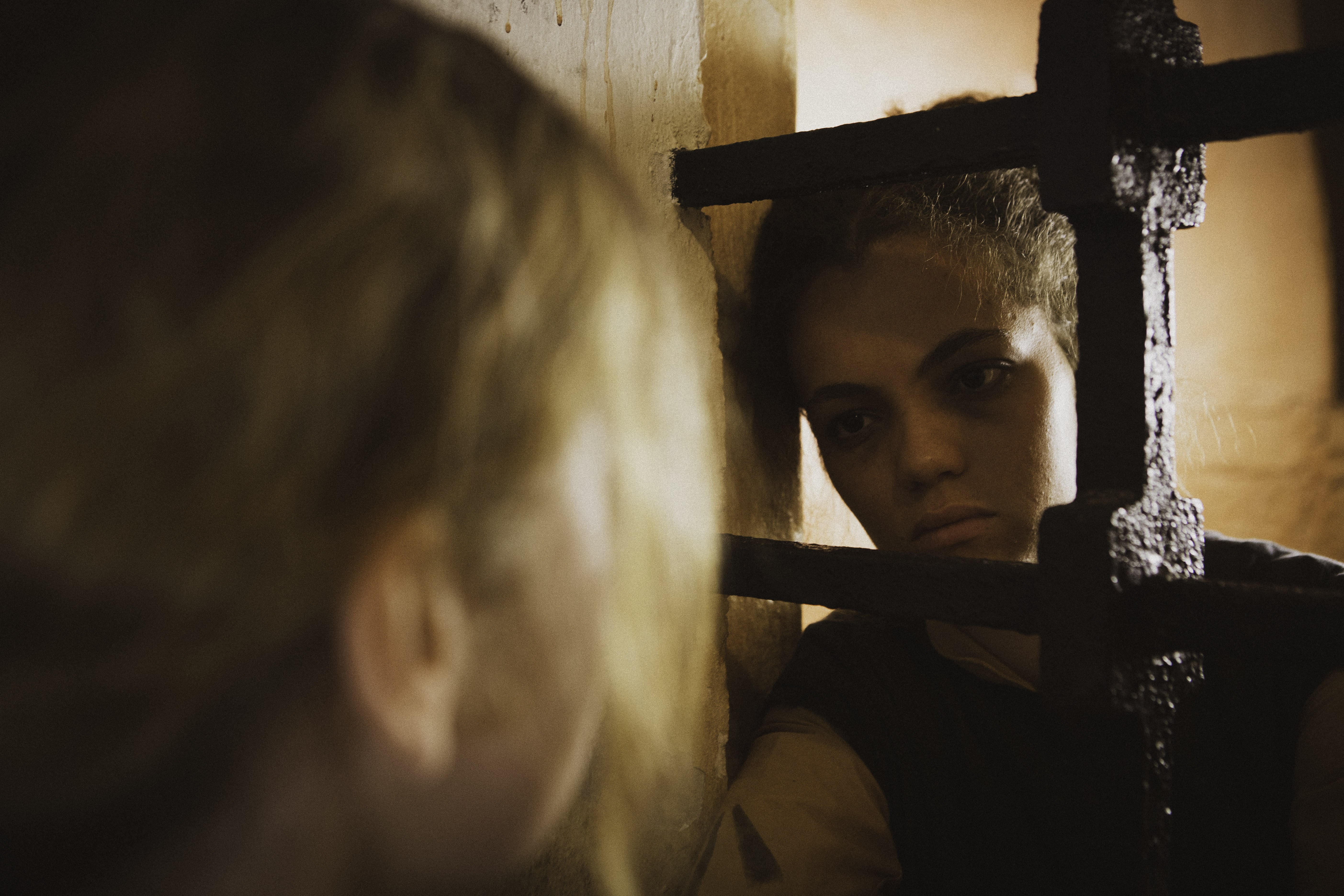 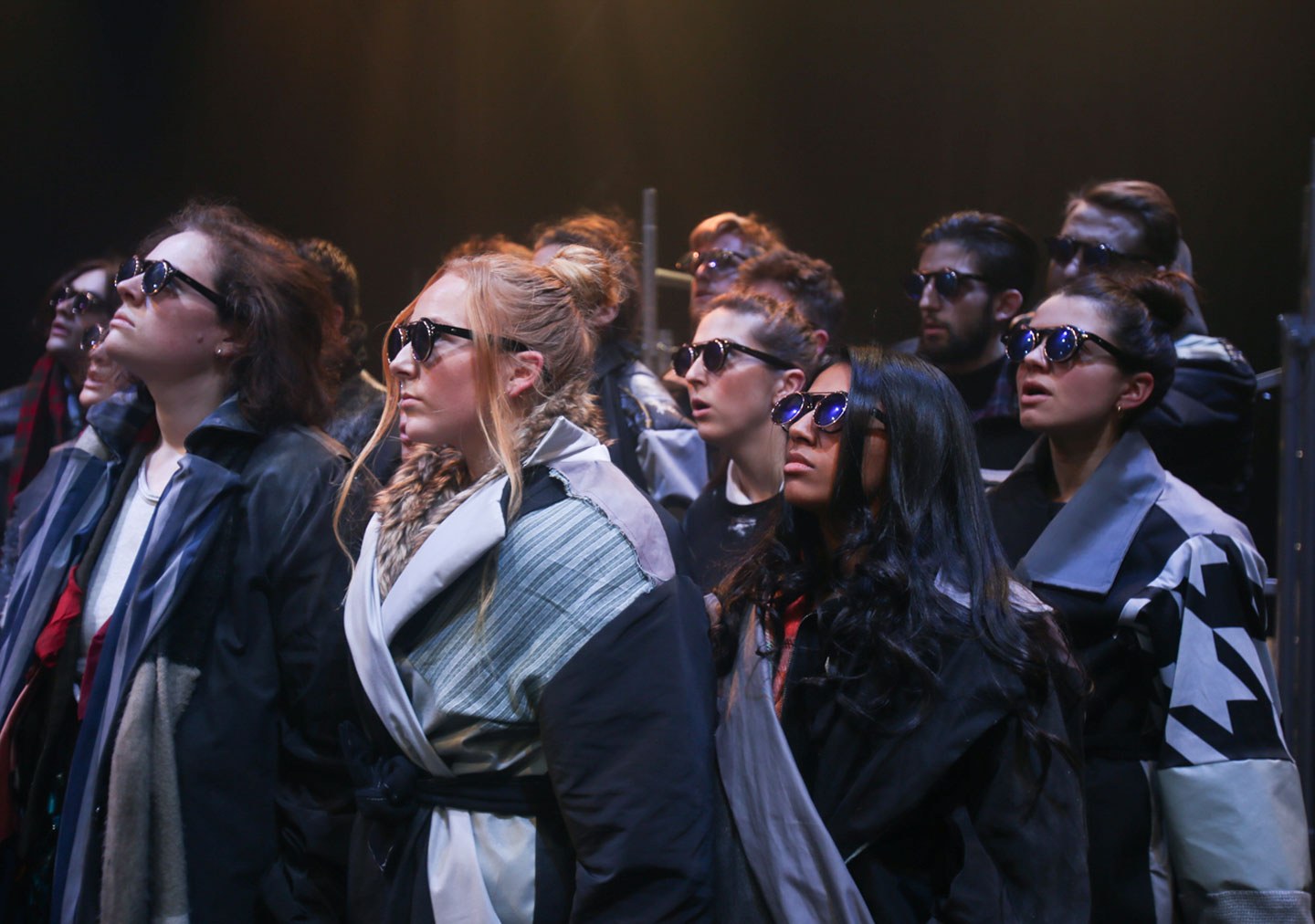 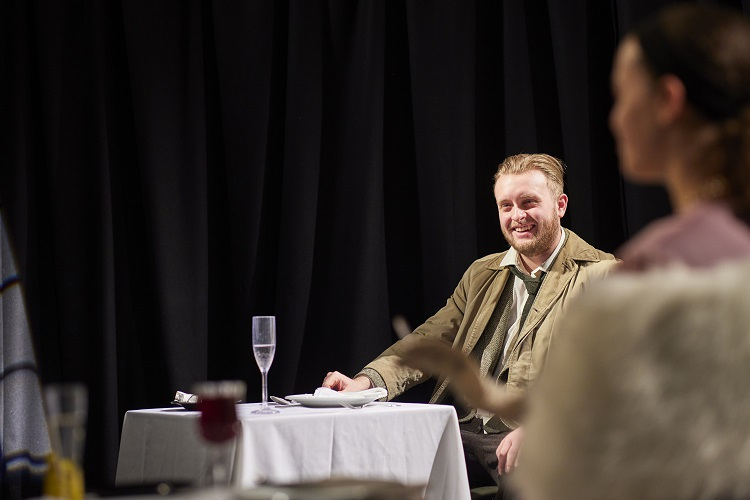 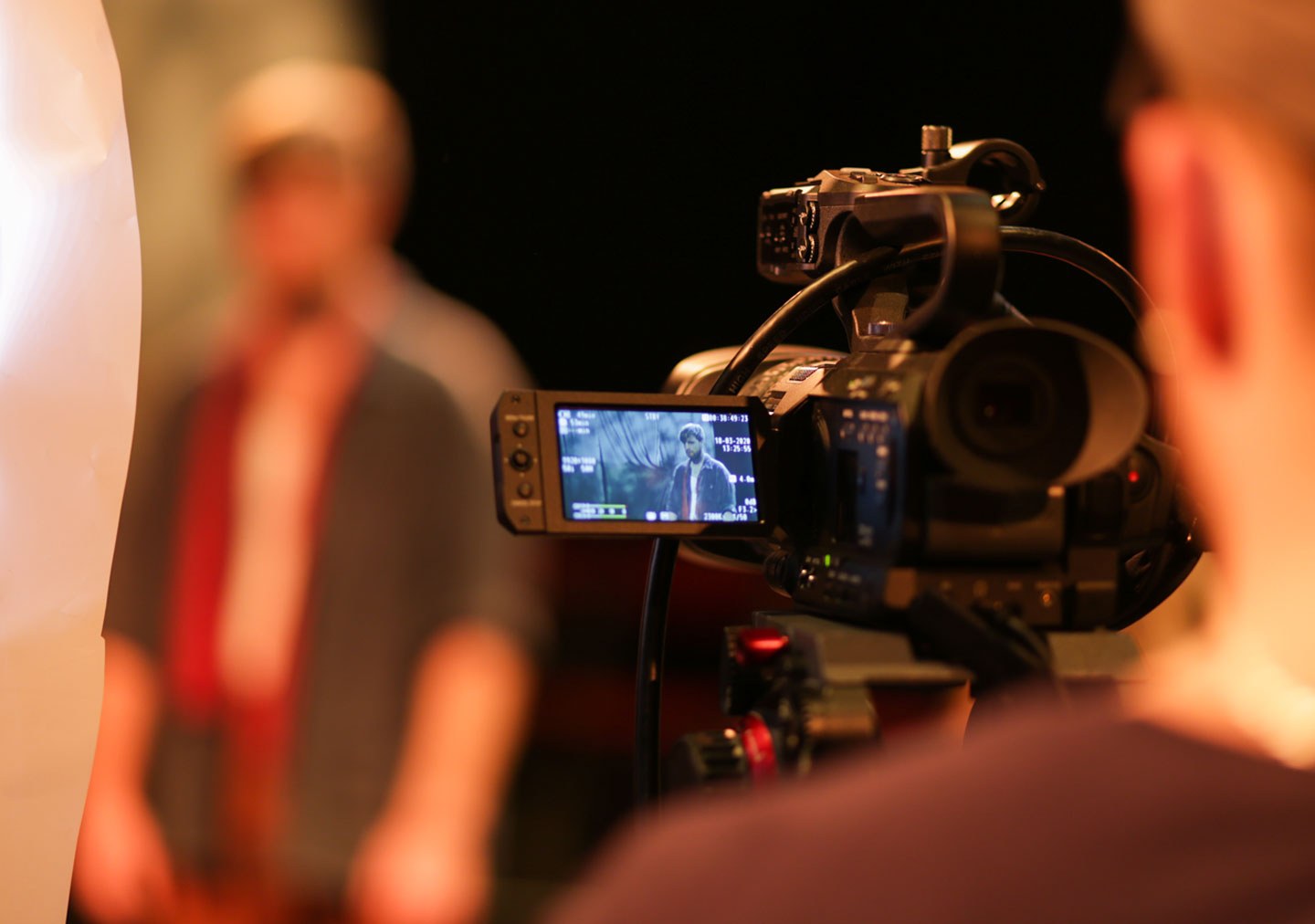 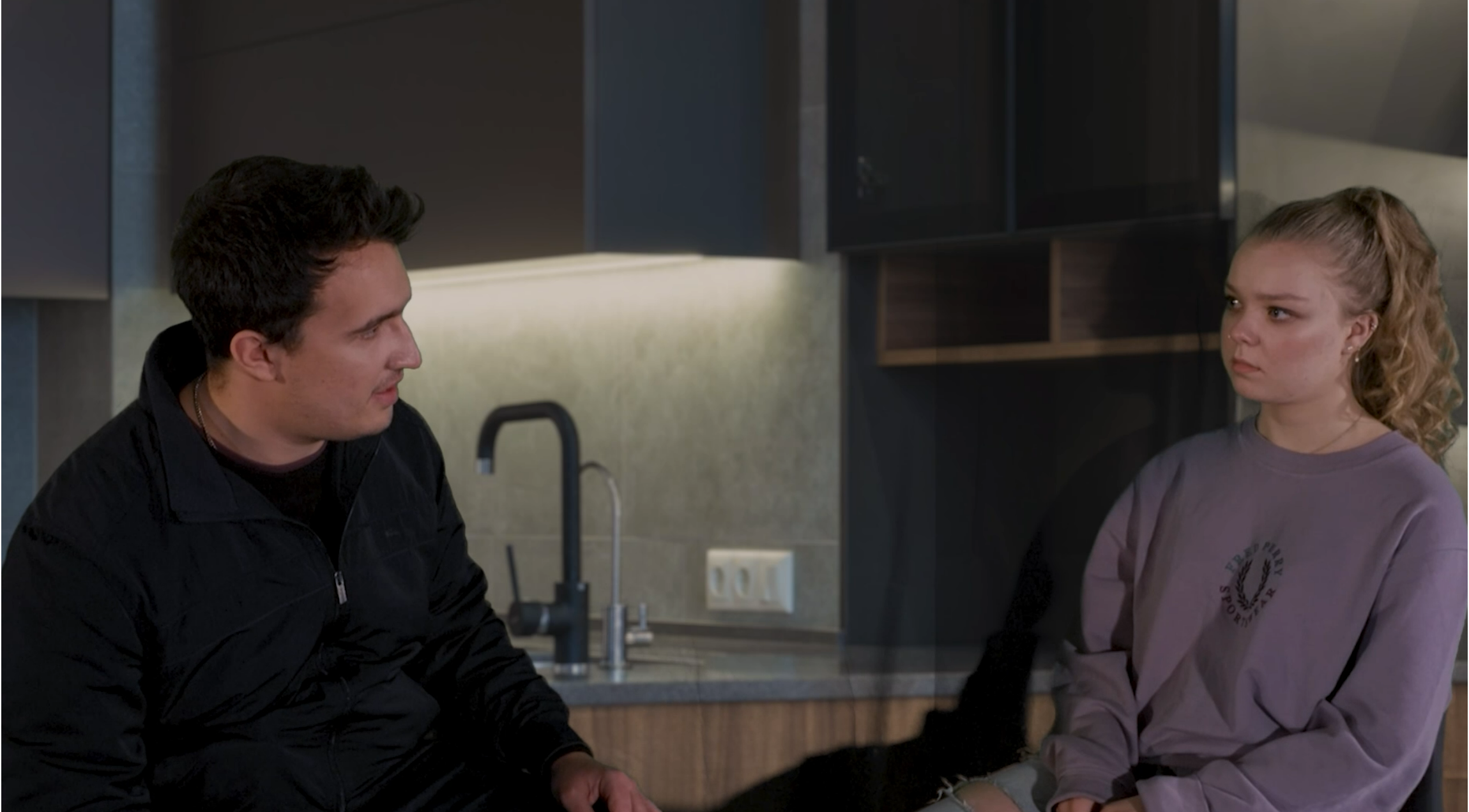 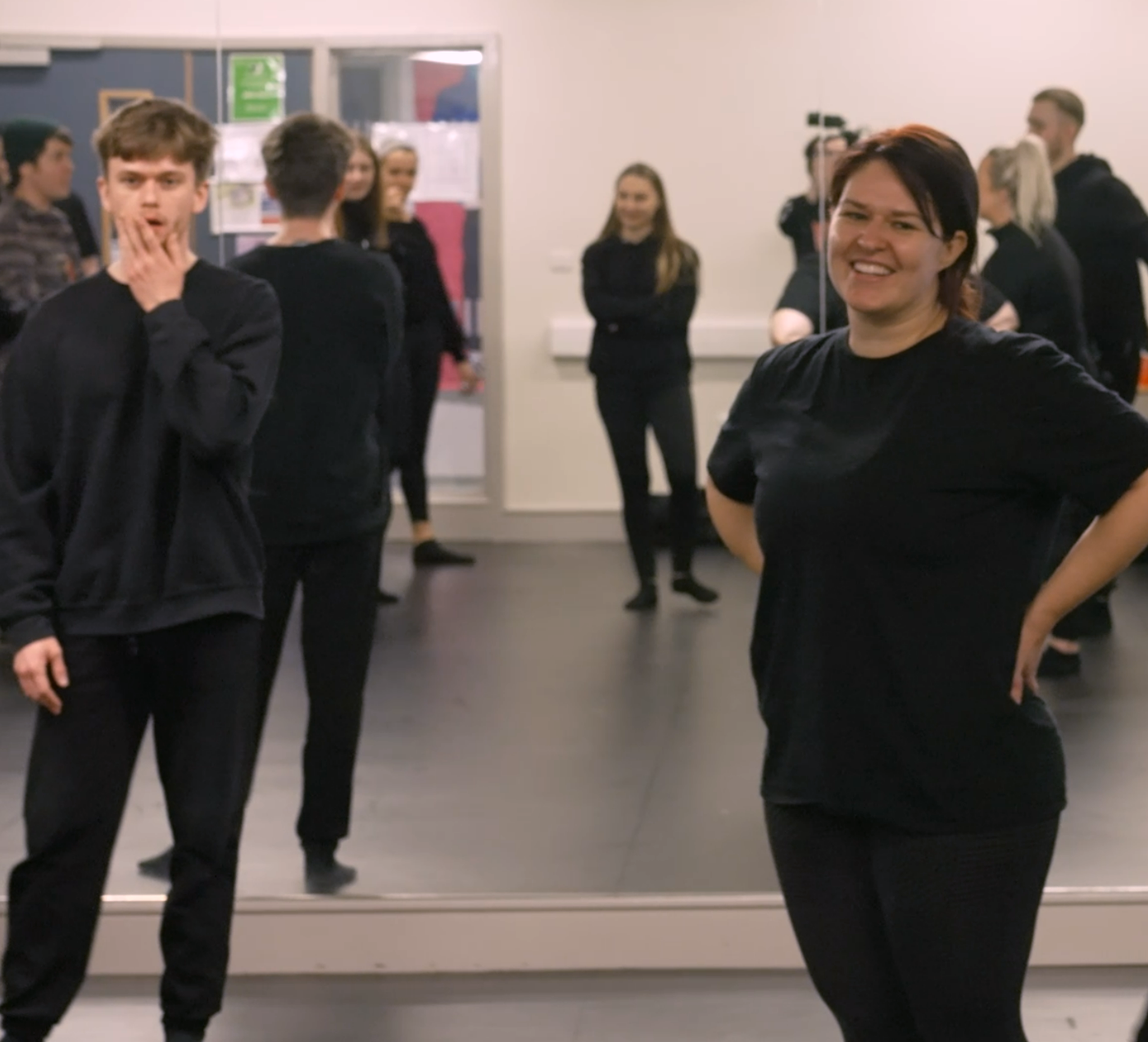 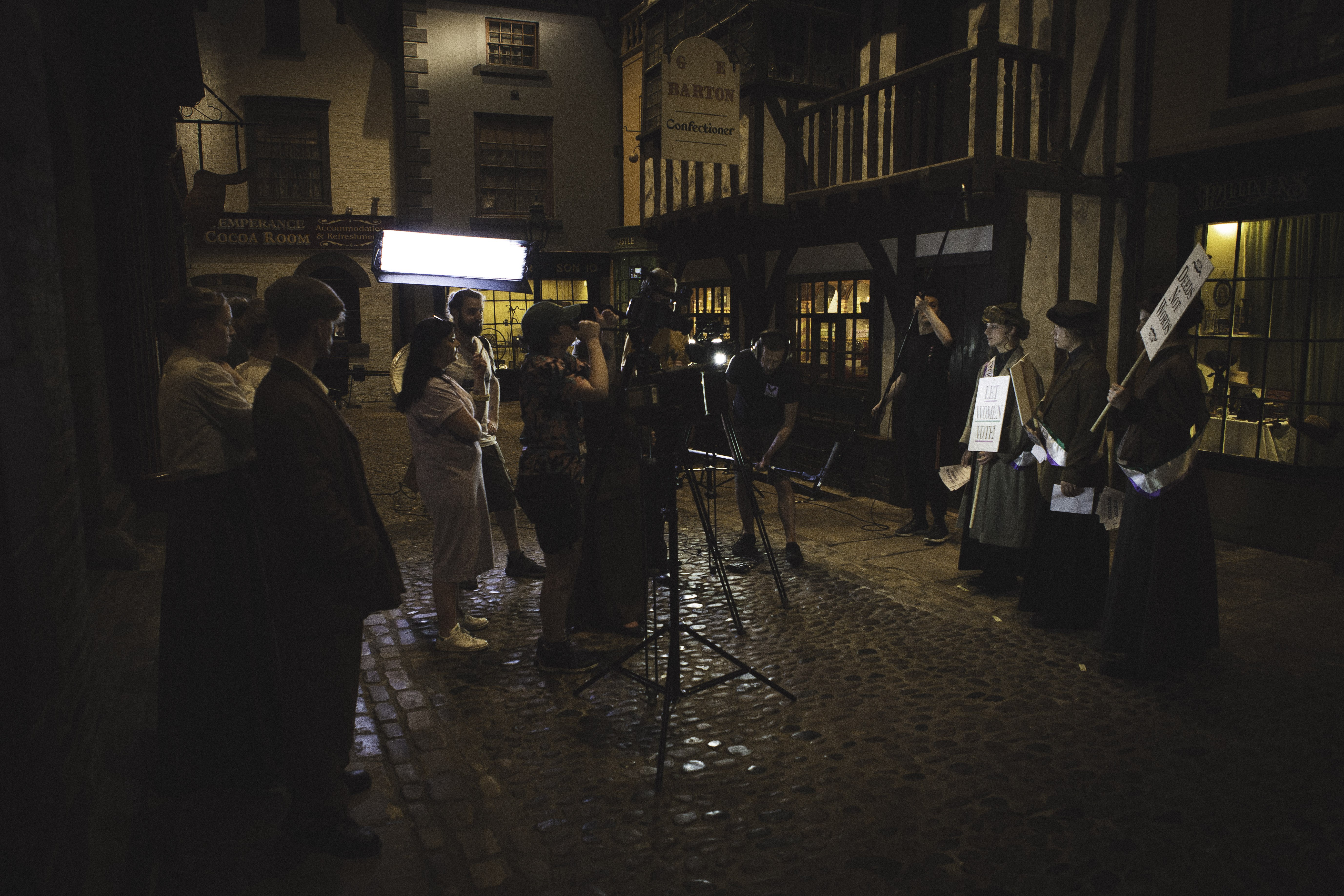 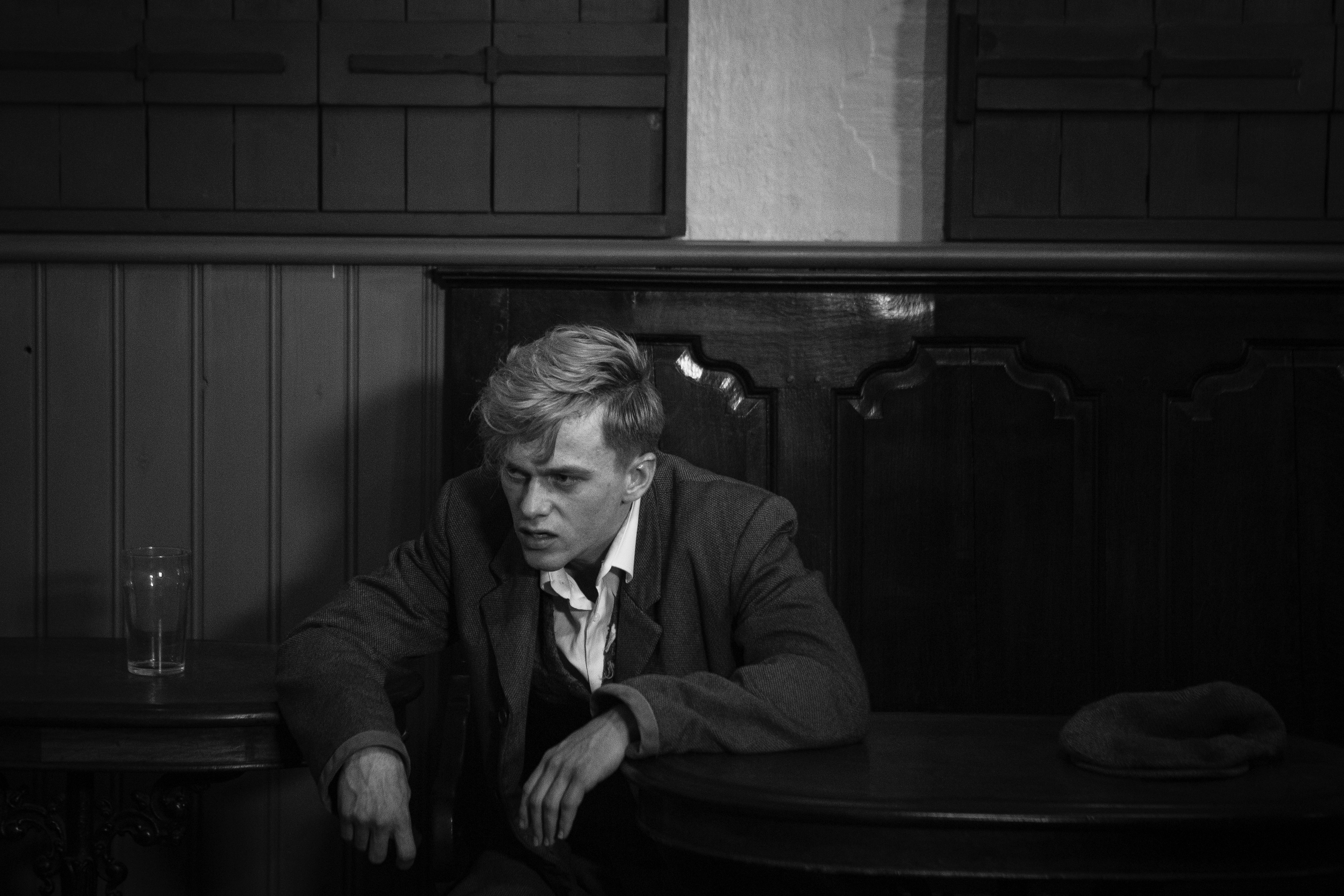 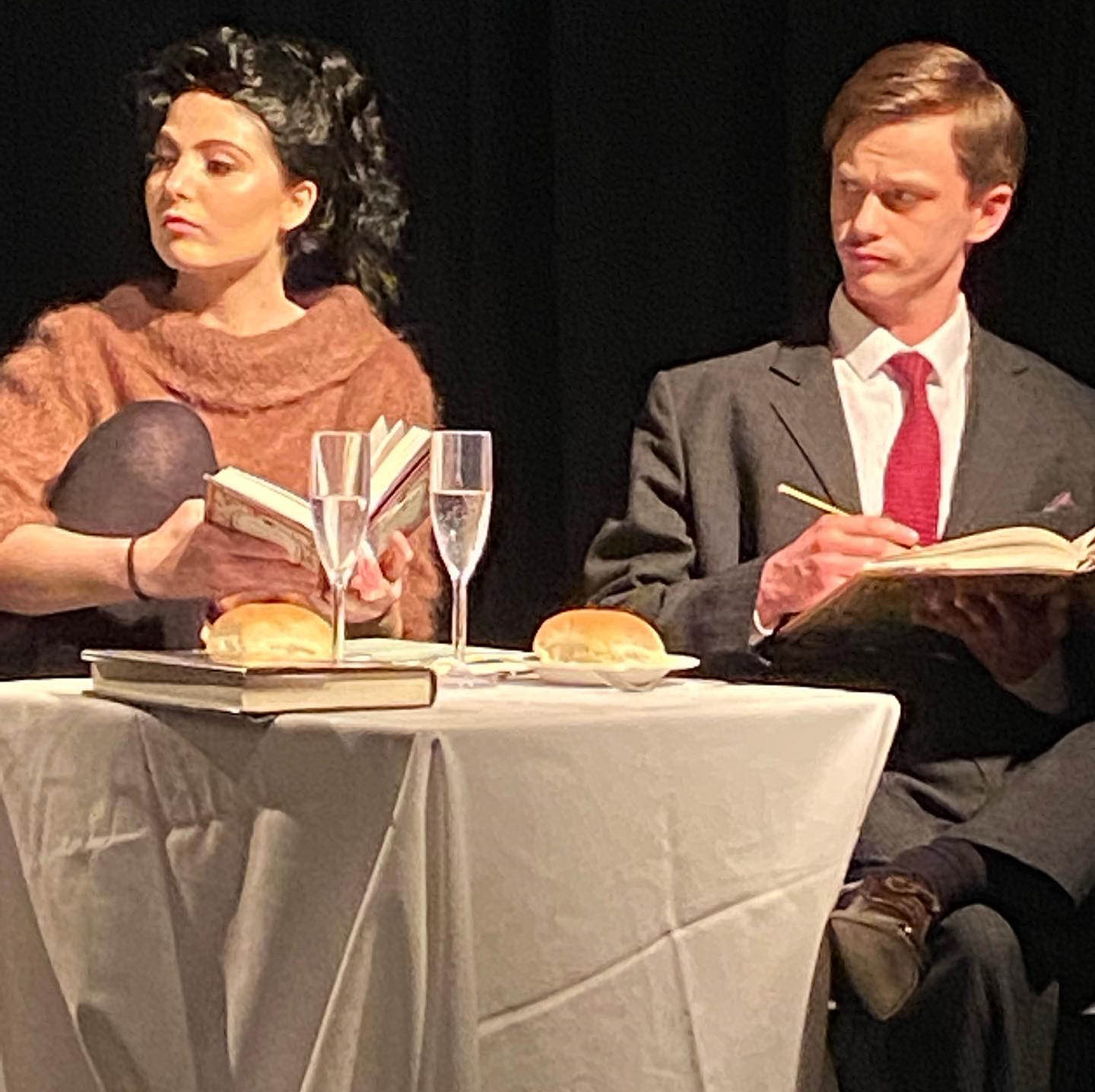 Regulations for Validated awards of The Open University
1.275 MB

32 UCAS tariff points from a Level 3 qualification in a relevant subject or A Levels. Successful applicants will be invited for an auditions and interview. Each applicant is asked to prepare two monologues - a contemporary and a classical monologue. Applicants will also take part in a movement workshop.

Students are assessed through grading of final performances (both live and recorded), and through critical reflective work in a variety of forms.

Skills you will learn

The BA (Hons) Acting for Stage and Screen is a highly practical course which is taught face-to-face through rehearsal, workshops, seminars, tutorials, work experience placements and masterclasses. Critical thinking work is presented using a range of approaches including blogs, vlogs, digital portfolios etc. It is reflective and research based and designed to support your practical training. Students have 30 hours of contact time per week. Classes will be approximately 12-16 students and learning will take place in rehearsal studios, theatre spaces, film and media suites and on work placements. Independent learning is expected outside of contact hours and will include learning lines, text analysis work, character and contextual research, professional development activities and reflective practice.

There may be travel costs related to work placements. A reading list will be supplied which students will be expected to purchase. Students must come to classes in practical movement clothing (details to be supplied on successful application). There may be occasional additional costs for students to experience bespoke industry workshops/masterclasses and to travel to access valuable opportunities.

In the second year of study, when preparing to enter the industry as a professional actor, students will create a showreel and headshots and join Equity and Spotlight as student members. These expenses will be met by students and will cost approximately £500 altogether. We strongly recommend that students begin to save for these expenses at the start of their studies or even before to lessen the financial burden incurred at the eventual time when payment is required.

Due to the nature of this course, there may be some additional costs which students will be expected to pay at various stages throughout the duration of the course, although we make every effort to keep these to a minimum. This may include the opportunity to travel abroad.

The course aims to prepare students for careers as actors working in the theatre and stage industries. Modules in audition preparation, professional practice, self-taping and creating showreels will all assist students to make their initial steps into the professional industry. Students are actively encouraged to make industry links whilst on the course. Industry links will be made throughout the course through work placements, guest lecturers and industry led workshops, participation in a final industry showcase and the production of professional showreels.

Students may choose to progress on to the MA Acting degree where students can build even further on the skills developed here by participating in their chosen MA specialism, such as theatre production, recording a film or performing in showcases etc. 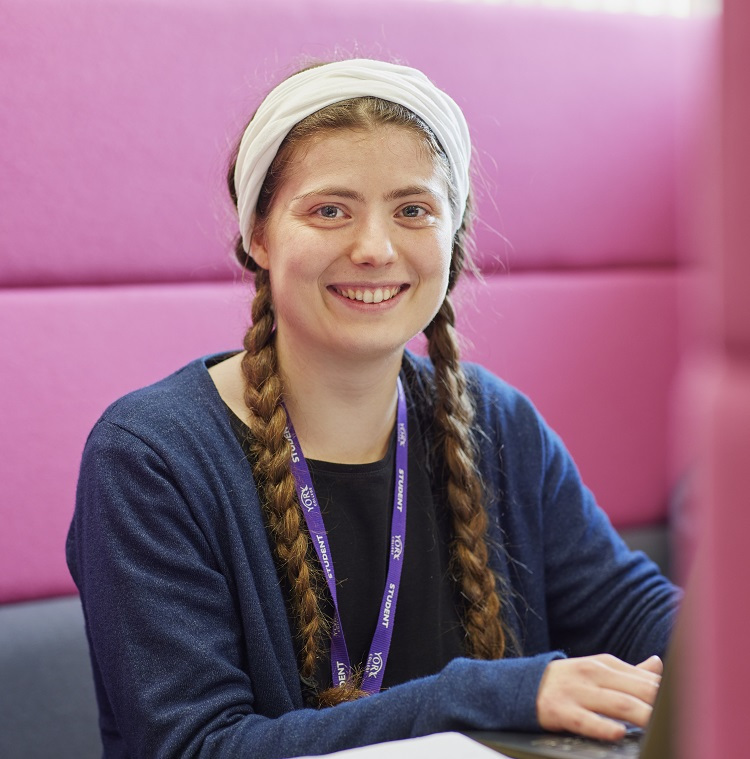 “I chose to study this degree because I’d love to be a professional actor and I love learning about all things human nature. This degree offers intensive drama school training and many links with the professional world, as well as in-depth actor development on so many levels that will help me grow, not just as an actor, but also as a person with a deep self-awareness on a physical, mental and emotional level."

James has been a Performing Arts Teacher since 2009. He trained as an Actor at the Liverpool Institute of Performing Arts (LIPA) before going on to work variously as an Actor, Singer, Director, and Producer. After completing a Master’s in Writing and Performance at the University of York, he has worked as a Playwright and Librettist. His work has been performed at The Arcola Theatre, Harrogate Theatre, The Umbrella Rooms on Shaftesbury Avenue, Guildford School of Acting and The Festival de Theatre, Lausanne. He maintains industry involvement through his writing and is currently developing a musical with West End collaborators. James has also recently been appointed a member of the Pilot Theatre’s Learning Advisory board and as an External Advisor on Performance in Practice for the University of Hull and The Sheffield College. He has recently directed BA Acting students in productions of The Pearl at the York Theatre Royal and The Comedy of Errors
at York College.

Yvonne has expertise in vocal health and hygiene, vocal power and projection, physical ease, breath support, resonance, tone, accents and dialects and vocal characterisation. She trained at The Webber Douglass Academy of Dramatic Art and The Central School of Speech and Drama and is the former Head of Voice at the London Academy of Dramatic Art.

She is co-director of performance company Encounter, through which she makes new dance theatre performance. She has partnered, collaborated with and toured to Northern Stage, Soho Theatre, The Yard, The Lowry, The Place, Albany, Deptford, Live Theatre, Newcastle, Paines Plough and Fuel Theatre. Jen holds an MA with Distinction in Movement Studies from Royal Central School of Speech and Drama.

Niall Costigan is a professional actor, director, workshop leader and acting coach. He is the resident Workshop leader of the Adult Theatre Workshop Class at the York Theatre Royal.

As an actor Niall has worked extensively in theatre, film and television over the last 20 years.

During his years in the business Niall has honed his skills as a workshop leader and acting coach. He regularly runs masterclasses on all forms of theatre. Niall’s credits include Casualty, Emmerdale, Coronation Street and Vera and Nicole and OJ on T.V. and Film. Theatre Credits include; Macbeth, A Midsummer Night’s Dream, The Tempest and Henry V for The Rose Theatre. The Gaul and The Railway Children at Hull Truck, and Bedroom Farce at Salisbury Playhouse amongst many others. Niall trained in Acting at The Liverpool Institute of Performing Arts (LIPA).

Cassie trained at the Royal Scottish Conservatoire where she received a Bachelor of Arts in Acting. She is the Co-Director of Storycraft Theatre an award winning company that makes creative and interactive theatre, drama based parties and events for children.

Cassie has performed on numerous family shows including Stickman in the West End, The Storm Whale at York Theatre Royal and as part of the company at Shakespeare’s Rose Theatre, where she performed in Hamlet and Twelfth Night.

Gemma trained at Dance City in Newcastle, where she worked with companies such as Ballet Lorent and Siobhan Davies. Gemma teaches on the Dance, Acting and Musical Theatre courses at York College, specialising in contemporary, physical theatre and jazz. She achieved her IDTA teaching certificate and continues to perform as a member of the Terpsichoring dance company.

Expertise in Screen Acting, Voice, Movement with particular interest in the approaches of Laban, Chekhov, Stanislavski and Alfreds.

Current industrial experience as a professional Actress and founder of Salt Box Theatre.

Kate also lectures at MetFilm School, Leeds and at YAFTA and Leeds Conservatoire. She recently directed BA Acting students in the short film The Freedom Bomb, produced with Screen Yorkshire and Enon Films.

Rosie is a voice coach and actor from the North East of England. She trained on both the MA Voice Studies and BA Acting at The Royal Central School of Speech and Drama. Her acting work often involves multi-role and verbatim, which in turn informs her work as a voice practitioner.

Recent acting credits include ROAD (Northern Stage) and The White Card (Soho Theatre). Her focus as a teacher is on equitable and inclusive voice practice; advocating for underrepresented voices; and the application of voice technique to text. She freelances at a number of universities and drama schools, teaching an array of voice modules including anatomy, political rhetoric, verbatim, and voice fundamentals.

Podcast: The Acting for Stage and Screen Podcast 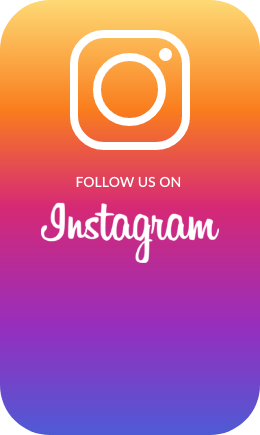