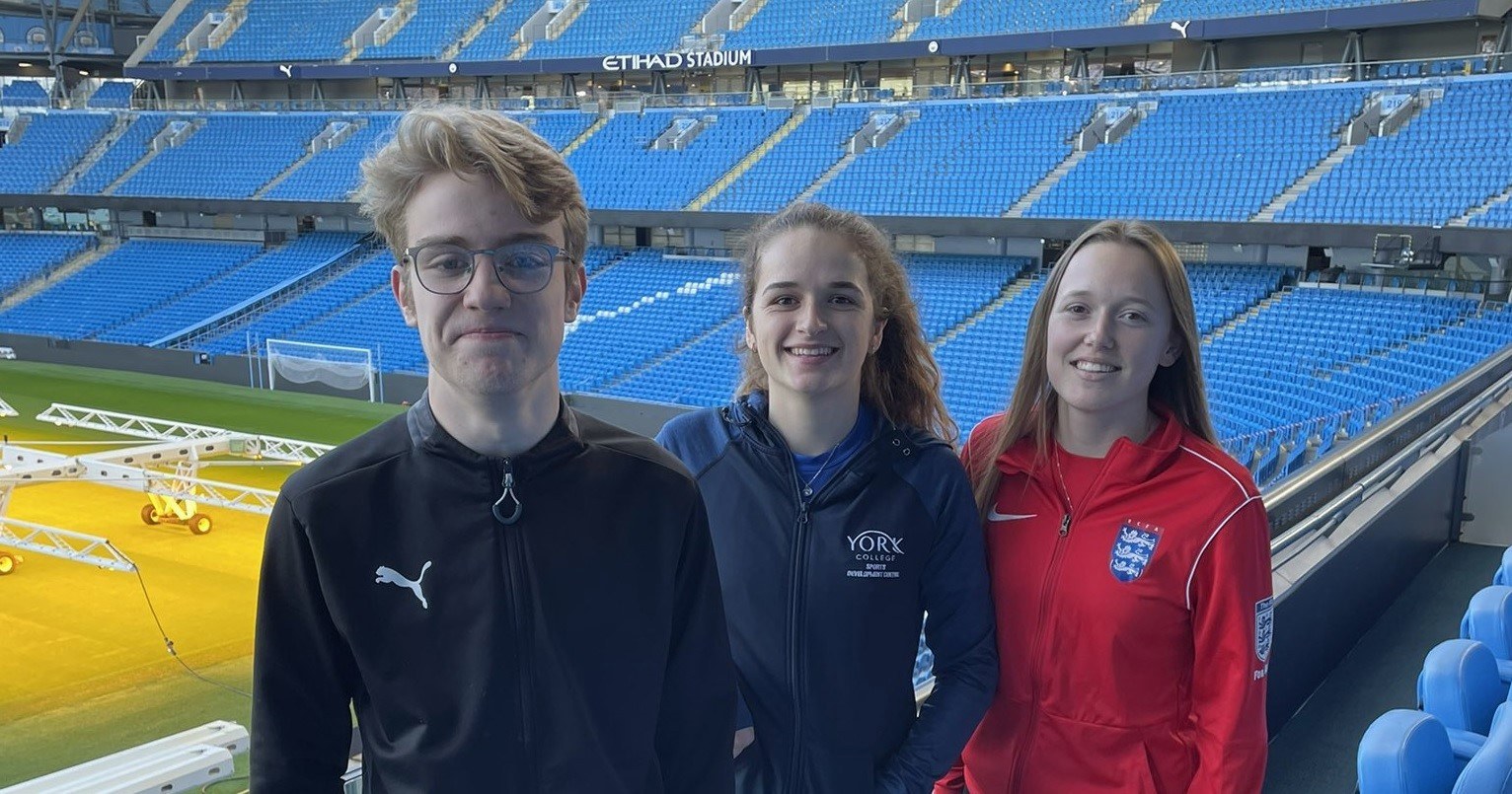 It doesn’t seem that long ago we were welcoming students and staff back to kick-off a new College year, but here we are at the Christmas break with a whole term of sporting news to update you on.

In August we launched our football partnership with York City after agreeing a team-up with the National League North club, earlier in the year.

York City coaches will now work alongside our own York College coaches to provide students with a football environment to match the professional experience. The deal extends across our men’s teams and women’s teams. Our men’s first team and women’s team both play in Category One, the highest standard of college football in the country. In September our Women won the Association of Colleges (AoC) Sport Regional Championships and will now represent the Yorkshire and Humber region at the National Championships in April.

Meanwhile in November we had four footballers selected for Phase Two of the English Colleges Football Association (ECFA) England College’s trials. Last year Hannah Langford and Joe Stamp were both selected for the full England side and enjoyed international games as well as training camps at St George’s Park, the FA’s national football centre.

Our sports student leadership group has now been finalised, with three AoC sports ambassadors selected for the following groups - This Girl Can, Mental Health and Inclusivity.

The students can now gain nationally recognised coaching qualifications as well as running sports projects across our campus. They will also attend training days at Leeds Beckett University, to support their development.

We have also selected two football activators who will play a similar role but will run cross-college football projects for under-represented groups. The duo went to Manchester City’s Etihad Stadium at the end of November for their training day. All of our Leadership group will be overseen by Chloe Harris, who is our FA Women’s Football development apprentice.

Finally, last month brought the return of our Home-School partnership. The initiative saw 40 young people aged from five to 16 visit, College twice a week for their PE sessions. These were delivered by our Sports Coaching students and the York City Scholars group, and formed part of their student assessments.

Have a great Christmas and we’ll see you again in 2023.

If you’d like to know more about sport development at York College, visit Centre for Sport | York College

Share
Latest Blogs
Campus@Northallerton - From grim punishment and rehabilitation to a place of learning and local enterprise
York College student is feeding their dreams of rosettes
Exhibition to mark 50 years since Ugandan Asians sought refuge in York
Have you considered an apprenticeship as one of your York College course preferences?
As the deadline for your 2023 UCAS application approaches, here's how to nail your Personal Statement
Back to blog articles
Follow us for the latest up to date news
Tweets by york_college