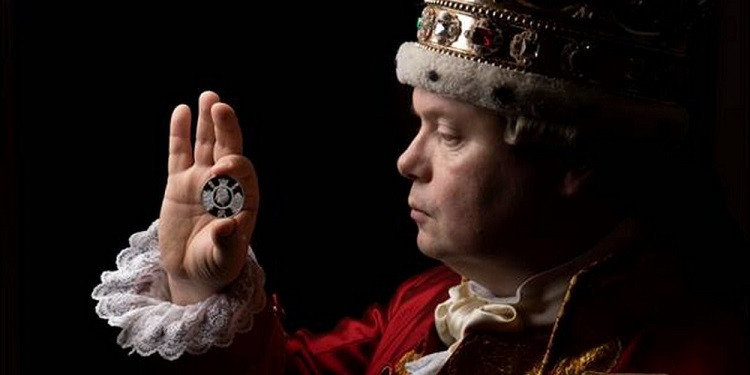 As an acting teacher at York College I always encourage my students to go beyond the classroom in their search for knowledge about both the craft of acting and the wider performing arts industry. I ask them to see as much varied theatre as possible (whether live or more recently on digital platforms), watch challenging films and television, read plays and study the advice of practitioners. The most successful acting students are always the ones with a restless desire to learn more and one of the best ways students can do this is to listen to professional performers, directors, writers and so on talk about their experiences. We are lucky at York College to have been able to bring lots of professionals to college to talk with our students and give them extra insights into what it takes to make it in the business and to become a skilled performer. It felt like a natural extension of these visits for me to start a podcast chatting with a wide range of performing arts professionals about their careers and ask them to pass on a few tips for listeners, many of whom will be hoping to make it as professional performers themselves.

Over Summer I started to record and publish The Acting for Stage and Screen Podcast. It’s been fascinating for me to talk with a wide range of creative, articulate and passionate people about their work, their career highlights and their approaches to creating theatre, film and television. The response from listeners has been overwhelmingly positive too. The Podcast is available on Spotify, Apple Podcasts, Anchor, Google Podcasts, Breaker, Overcast and lots more!

Our first episode was a chat with the Olivier Award nominated actor Gavin Spokes. This was exciting as Gavin has played lead roles in several big West End shows in recent years, none more celebrated than playing King George III in global mega-hit Hamilton. Gavin talked through his acting process when playing this scene stealing role and how he made a connection with each individual audience. He told us how privileged he felt to be part of such a cultural colossus as Lyn Manuel Miranda’s genre shaping historical hip hop extravaganza. Gavin also talked about his role in the television film Brexit: The Uncivil War in which he appeared alongside Benedict Cumberbatch (Dr.Strange, Sherlock, Frankenstein at the National Theatre) and Rory Kinnear (James Bond, Hamlet, Othello and Macbeth at the National Theatre).

We also spoke about Gavin’s experiences in the first ever production of Stephen Sondheim’s Company to cast the lead role of Bobbie as a woman, played by Rosalie Craig (The Light Princess, Wonder.land, City of Angels) and Gavin shared some stories about being part of an amazing ensemble cast including Broadway legend Patti Lupone (the original Broadway Eva Peron in Evita and Norma Desmond in Sunset Boulevard) and his stage wife Mel Giedroyc (Mel and Sue). Gavin also shared some tales of performing the classic show stopper Sit Down Your Rocking the Boat from Guys and Dolls at the National Theatre, for which role he was nominated for an Olivier Award.

In our second episode, it was a real pleasure to talk to one of our successful former York College Acting students; Mhairi Calvey. Mhairi told us what it had been like to have been talent spotted outside her junior school aged just five years old by a Hollywood casting agent and to go on to star as Young Murran in the multi Oscar winning Mel Gibson film Braveheart! It was fascinating to hear how she avoided the pitfalls of child stardom and has emerged as an adult actor who is a veteran of over 20 film roles including playing an abusive parent in Alan, and a woman on the run from ruthless kidnappers who discovers that her rescuer is the man jailed for attacking her 15 years earlier in the film 3 Lives.

Mhairi gave listeners a thoughtful insight into her acting processes, her expertise in the martial art Krav Maga which she has used on screen in fight scenes and how she has now begun to move into directing and producing her own films too including Gaslight and The Curse of Hobbes House. Mhairi’s work this year has been nominated for awards by the New York Cinematography Awards, LHI Film Festival Barcelona and The National Film Awards. I’m sure current York College students will be very inspired by her success!

In Episode 3 of The Acting for Stage and Screen Podcast we talk with Duncan Macinnes. Duncan talks us through some of the differences between acting on screen and on stage. He draws on his recent experience as a guest lead in the BBC’s long running Doctors series and contrasts this with how to approach playing characters in theatre productions such as his appearance as Laurence in a unique new production of Mike Leigh’s classic Abigail’s Party at the Hull Truck Theatre. It is particularly interesting to hear about how this production, directed by Amanda Huxtable (Artistic Director of Eclipse Theatre) was the first to cast black actors (Daniel Ward and Ani Nelson) in the roles of Angela and Tony and thus turned the play into an examination of racial tension without changing a single word of the script. Young trainee actors are sure to find his insights helpful including his discussion of his work as a playwright as well as an actor.

Duncan discusses his own play Dagger Lane which tells the story of a retired police detective who battles Alzheimers, determined to solve an historic crime and finally right a miscarriage of justice against Jamaican migrant back in 1950's Yorkshire. It’s being supported locally by Cast Doncaster and Hull Truck and has also had involvement from York Theatre Royal and The Theatre Royal Stratford East. Duncan says “I wanted to write something about my home town of Hull. I am immensely proud of the city and its history which is why I have chosen to look back in time in this play.

Creating work that truly tests the boundaries of what a theatre play is capable of doing is what motivates me the most. Having a dialogue with the audience about real issues, reflecting the world in which we live now whilst also making a trip to the theatre an entertaining and exhilarating experience are paramount on my agenda”.

In a departure from talking to actors, our fourth episode is a wonderful discussion with Head of New Work at the celebrated Donmar Warehouse in London; Clare Slater.
Clare offers listeners a look behind the curtains into how contemporary theatre is put together, including discussing how she works with playwrights and directors to ensure that their vision reaches the stage and her experiences representing the Donmar in discussions with relatives of the legendary theatre practitioner Bertolt Brecht whilst securing the rights to perform a new version of The Resistible Rise of Arturo Ui adapted by Bruce Norris (Pulltizer Prize and Tony Award winner for Clybourne Park), which reimagined the play as a scathingly satirical examination of Donald Trump.

Clare also tells us what it was like to be the Chief Executive of a theatre, a role she fulfilled for the Gate Theatre in Notting Hill and about her role in bringing new plays such as Grounded by George Brant and [BLANK] by Alice Birch to the professional stage. She talks with passion about the future possibilities for British Theatre and in particular the need for greater inclusivity and greater social responsibility. Listeners are sure to be inspired by her approach.

I’ve really enjoyed the chats I’ve had so far with my amazing guests on The Acting for Stage and Screen Podcast, and this is just the beginning. Upcoming guests include several actors and theatre directors and even an Oscar winning film producer! With the help of Chelsea Clarke, our editor and producer, I’m bringing a new episode out every two weeks and we’re making it a key resource for our students in the Performing Arts Department at York College as they seek to prepare themselves for a future in the theatre, film and television industries.

Listeners to the Podcast will also hear about another exciting new venture at York College. We are collaborating with one of the UK’s top drama schools; ALRA (The Academy of Live and Recorded Arts) to create a wonderful new opportunity for training actors. Together we have created an accelerated 2 year acting degree called the BA Acting for Stage and Screen (ALRA Endorsed). This is a unique drama school informed training delivered at the York College University Centre and is suitable for students who are determined to become professional actors working in today’s theatre and screen industries. The BA Acting for Stage and Screen (ALRA Endorsed) is an intensive conservatoire style training. From the very first week of training students will learn screen acting techniques drawing on ALRA’s expertise as the first drama school to offer screen acting training in the UK. Our course will forge links with the emerging local screen industry of the North and several of the region’s high quality theatre companies which will help students to develop employability.

Students will also take specialist classes in a full range of acting skills such as Acting Fundamentals and Rehearsal technique, Improvisation, voice, movement, and classical acting. Alongside this they will experience workshops and masterclasses in dramatic combat, storytelling, devising, audio acting, voice through song, acting in adverts, Tai-Chi and Parkour to name just a few. They will have the opportunity to take part in full theatre productions, public screenings of their filmed work and a final industry showcase at the end of their training. They will also take part in work placement blocks within the industry, and even be a part of our international partnerships, so they’ll have loads of opportunities to impress the right people and to kick start their careers. Who knows, maybe in a few years some of our graduates from this new course will be talking about their own exciting careers on The Acting for Stage and Screen Podcast!

If you like the sound of what you’ve read here please do check out the podcast on Spotify or Apple Podcasts. If you subscribe to the pod you’ll get new episodes automatically and there are some really terrific guests coming up in the future! It would be great if you’d also take a look at our new course page and if you know anyone whose considering applying for drama school, do let them know about us… they won’t regret it!

Share
Latest Blogs
Spelling success! How one adult student embraced dyslexia to inspire her Fashion BA at York College & University Centre
Come and experience College life on one of our Taster Days
Did you know that we offer degree and higher-level qualifications?
Negotiating global climate change solutions at Mock COP 2022
Calling all year 11 students! Why our York College Open Event is for you
Back to blog articles
Follow us for the latest up to date news
Tweets by york_college